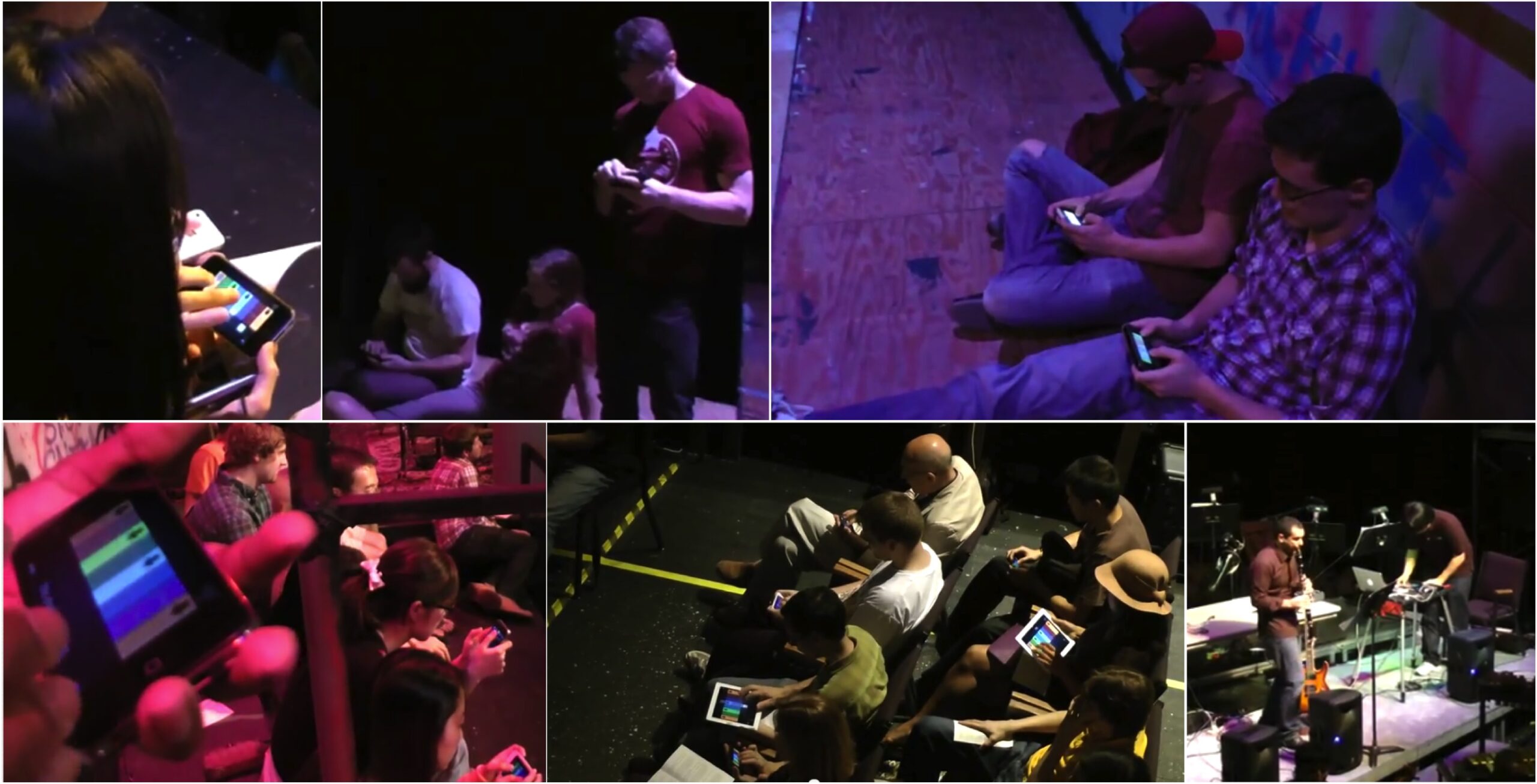 As my master’s thesis project, I created a mobile music instrument for audience participation. In this performance, audience members use their mobile phones as musical instruments. While the audience’s phones are dialed up by live performers in Dialtones Telesymphony, I try to give the ownership of the musical instruments back to audiences and let them literally play music for themselves. Each audience member will play a simple musical interface and will generate sounds from his/her own handheld device while a master musician on stage will control the set of notes audience members can play.

The layering of sounds will create a unique harmonic texture while the music’s chord progression will be controlled on the stage. The main goal of the piece is to make audiences feel connected with the performance by having them literally play an instrument. Additionally, the system introduces a novel interaction among audience members where a member can broadcast a musical pattern to other audience members, creating musical motives that spread virally through the audience.

echobo is a blend of echo and chobo(초보; means a novice or the first step in Korean). echobo was presented at the Listening Machines Concert 2012.